Tips for creating case studies for your charity website

Don’t call them ‘case studies’ in any public-facing materials

I hope that’s obvious, but I’ll say it just in case.

‘Case studies’ are things in your M&E reports. They sound clinical and they bring to mind rather dry outcomes and outputs. For the purposes of this blog post though,  I’ll refer to them as ‘case studies’ because that’s the common term we use within the sector. It’s not a phrase that should see the light of day on your website or printed materials.

Case studies are really ‘stories’.
Stories (usually) about people. And as my previous blog post says: ‘People relate to people’.

How to write case studies

Julie Andrews, The Sound of Music

The best novels and films don’t start at the beginning of the story – they hook you in by jumping in at an exciting or pivotal moment. They backfill the story later when you’ve already made that emotional investment in the story or the characters.

You’ve only got a matter of seconds to pique your readers’ attention. Don’t waste it with the dull details. Dive straight in with something they aren’t expecting, or something that they might immediately relate to. That could be a quote, or a question, but that first sentence is often the most important one.

Direct quotes are great if you can use them. I used to write personal case studies as part of my job and I can tell you that everyday people (especially little kids) have a knack of describing things way better than the most experienced copywriter.

Let their words speak for themselves wherever you can. They always sound more authentic because real people don’t speak in industry jargon or in the case study cliches we tend to use on their behalf. “Now I’m looking forward to a brighter future” is not an expression that anyone ever uses in conversation.

Often it’s the little details that can make a story really resonate. Let me, as the reader, make the connections or fill in the blanks with my own experiences. Don’t TELL me someone’s tired or hungry or worried, SHOW me. Remember I’ve got five senses – some of the best stories invoke sounds or smells. Your job is to sell the sizzle, not the sausage.

Read Jo’s blog with copywriting tips in it – the power of threes, varying the length of your sentences and paragraphs and finding the right tone of voice  – are all very applicable to writing case studies.

The apocryphal story of advertising pioneer David Ogilvy who added four words to a beggar’s sign and added a whole other dimension to his story. From

IT IS SPRING
AND I AM BLIND.

In the first example the power comes from stating the obvious – pointing out something we all take for granted until we’re asked to think about what it would mean to live without it. In the second example the most powerful bit is what’s not said. We’re forced to fill in the gaps ourselves and that’s where the suckerpunch lies in waiting.

The best stories are the exact length they need to be, and not a word longer.
Because less is often more.

'Let's start at the very beginning. A very good place to start'. Why you shouldn't let Julie Andrews write your charity case studies: Click To Tweet

Why are you writing your case studies?

This is a fundamentally important question, and you need to have the answer clearly in your mind when writing the stories.

That pretty much covers it. Unless you already have too much funding, I’d humbly suggest that answer 4 is going to serve you better than 1 or 2. Case studies stories are great for supporting your fundraising – whether that’s public, Trust & Foundation, philanthropy or corporate. 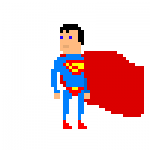 Who is the hero of your story?

In a passive case study story there’s two protagonists: the ‘beneficiary’ and the charity. ‘John was living on the streets. Our outreach worker found him and we helped him into some better accommodation and some training and support to help turn his life around’. The charity is the hero of this story because they’re the ones instigating the change.

I’d call that a ‘passive’ story in the sense that it’s about other people. As a reader I’m not part of the story and I’m not an activist of change.

A more engaging story has three protagonists – the beneficiary, the charity and the reader. The stories are about the ‘beneficiary’, but in any effective fundraising content, the hero of the story should be the reader.

As a reader of the story, I want to feel inspired that the transformation is partly thanks to me. Or it’s a change that I could make if I stop passively reading and actively get involved (by donating for example). I’m the activist of change in this story.

A person’s name is the sweetest sound.

I’m not saying that the beneficiaries in your stories are damsels in distress – helplessly waiting to be rescued by the hero. Of course they are resilient, inspirational people who are getting a leg up, not a hand out. But a story can have more than one type of hero – make sure your reader is one of them.

To put it another way, if you’re familiar with these stories you’ll know there’s a famous hero in each. But the happy ending wouldn’t have happened without the supporting heroes: Yoda, ‘Red’ and Kristoff.

What do you want your reader to THINK, FEEL and DO?

A good tip for writing these case study stories is to be clear in your own mind what you want your reader to think, feel and do.

Otherwise you end up with this by default:

‘That was a problem but it looks like they’ve got it under control now. I feel reassured that the charity is doing a good job. I don’t need to do anything’.

‘That’s clearly a huge problem. I feel a bit overwhelmed and helpless. I can’t see how I could possibly make any difference, so I won’t bother.’

‘I can see the problem here, but I can see how people just like me have made a tangible difference. I feel positive that I can do so too. I want to help out so I’m going to read more about this project/make a donation/follow on Facebook/whatever.’

Once I’ve read a good story, then I can’t ignore it. Now I know this is happening, and I can see that they need my help, and that it can make a tangible difference – then I HAVE TO / WANT TO to get involved and do my bit.

Nobody made a greater mistake than he who did nothing because he could do only a little.

I love that quote because to me it sums up one of the biggest hurdles that we have to overcome as fundraisers. Especially when it comes to the ‘big picture’ issues like cancer, global poverty or plastic pollution. What difference is my £10 going to make to that story? It’s barely a drop in the ocean. I’ll just get on with my day.

The challenge is for us to make the connection between the macro picture and the micro impact. Or to put it another way, don’t ask ‘what difference can one person make?, ask what difference you can make to one person‘. Case studies are a brilliant tool for that.

Comic Relief (in the guise of Red Nose Day or Sport Relief) has some of the most high-profile charity case studies/stories in the country. They’re in the privileged position of having a platform of prime-time TV slots on the BBC to showcase those stories. There’s a debate in the sector about the suitability and effectiveness of Comic Relief’s films, especially with respect to the way they portray poverty in Africa. I’ll put that to one side for the moment though.

As compelling two minute stories they were incredibly powerful. And more pertinently to this article, there is a real clarity of purpose about why the case studies are used – it is unashamedly to get people to pick up the phone or go online and donate.

They know exactly what they want the audience to think, feel and DO. There’s a clear call to action, and the viewer is definitely a part of the story because they’re made to feel that they can, and should, make a difference with their donations.

What can everyone else learn from it?

That film raised a load of money. But it also has  a big budget, BBC film production, a famous personality, and an experienced research team and writers.

99.9999% of charities obviously can’t compete with that. You’ve more likely just got a camera-phone and a biro. And a website in which you can just add some text and an image.  Video case-studies are expensive and time-consuming to create.

The challenge is: how close can you get? How can you tell someone’s story in such a compelling way that it switches your reader from a passive observer to an active supporter?

In reality of course it’s really, really hard. It used to be my job at Comic Relief to take some of these stories and turn them into a few hundred words for websites or fundraising kits. If a picture paints a thousand words, then a good video is worth a million of them.

It’s unlikely you’ll create a case study that magically transforms your fundraising fortunes. But if the rest of your content is good then a great case study can help tip people over the edge.

I see so many case studies that are lifeless and passive – like they’ve been copied and pasted out of an M&E report. Human interest stories that are quite frankly, a bit uninteresting. Written by charities who are doing the most amazing, interesting, inspirational work. That’s such a shame because these are undoubtedly great stories that deserve to be told.

One good story is better than ten average ones.

No-one is going to read ten averagely interesting case studies/stories on your website. The chances are that they probably won’t get halfway through one if it is comprised of big paragraphs of text. Perhaps start by taking your best story and work on polishing that – making it more ‘active’ and less predictable in terms of the beginning – middle – end running order.

Know of any good charity website case study/stories (not video ones)? Let me know in the comments below and I’ll include some examples in this article.

« Copywriting Tips: The 13 rules I learnt when I first got paid to write
Charity website SEO tips – Analysing the Meta Titles of 100 top charities »